Good morning all. I awoke yesterday to find something terrifying.

Ahem. So, I’m 28 now. It was a nice birthday at least. I had a meal out with my girlfriend and my parents, where Vicky took a lot of pleasure in trying to steal her boyfriend’s food. That does happen.

Anyway, today’s article I’ll admit is a bit of a cheat. This is already posted on a great blog done by the fantasy author M.L.Spencer, which is called Our Epic Worlds. Go check out the link here:

However, I thought it would be nice to repost it here, in its full. In it, I explore a little bit of the magic and parts of the world, and just a bit to wet your appetites. I am in the middle of sharing the lore of my world on Patreon.

“Counterbalance tells the brutal story of a land in turmoil, as two desperate superpowers battle for survival in a war of terror and clashes of morality.”

For good or evil, The Thousand Scars shall bleed the world…and they will save it. Or will they? The first book of the series released on December 9th, the opening book of this epic fantasy series.

What is the name of your world?

The two main continents in which the series takes place in are Harloph and Klassos, but the overall world itself is known as Rengar. I will be honest, getting the name of the planet took a very long time, and it was not until late 2016 in which I finally found a name for it. Here are two maps below, which document Klassos, part of Harloph, and the western landmass of Uldur. 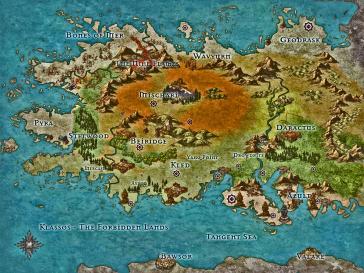 Is there a system of magic?

There is, in a manner of speaking. Counterbalance will not go heavily into the magic system because it can be performed by so few in that part of the world. I will, however, provide an excerpt from a WIP novel I am working on in the same universe that goes into the system in a bit more depth.

Maura felt her fingers and palms, slightly shiny with old scabs and burns. The thought of that particular regime made her shudder. “Naked flame, four hours a day for a month,” she replied, trembling a little. They were lonely days locked up in the stuffy rooms, day after day spending hours with hands above a naked flame, trying to ignore the increasing pain in her flesh as the fire scorched her. It was only way of course. If you wanted to summon flame from your body without a source, you had to channel it through Memory; accustoming the body to its blistering heat until it assimilated its form. If she wanted to summon ice, she would have had to endure freezing conditions until her body ingested its form. And healing…I had to poison myself daily until I could reverse it. It was a dangerous game. Every choice had a consequence, but if mastered in time, one could accomplish anything. The experience was rather unpleasant, and it discouraged her from trying out another Memory.

I prefer a natural magic system to a mechanical one. Everything has a cost, and everything has consequences. In order to access the magical energy of the world, you must first embark on a psychological journey into the underworld where death, life and magic itself are intertwined. This is the same for all humans, while the more magically-aligned Valian race does not have this requirement. Again, I will use two excerpts from my WIP novel to explore it further.

Interesting Fact! Tyir of Irene in The Thousand Scars used the same method for his necromancy, but with more primitive ingredients.

Maura laughed, but it was a forced thing. The memory of the Journey had been a harrowing experience. Thenin’s words came back to her again.

After the initial hell of the concoction to open your body to the allures of sorcery, you then awaken in pitch darkness, the breath of the walls pulsing like the touch of deathly ice. then from there it is up to your senses. Groping through the dark. Every second scorches your very imprint. Not many get back whole. I will ask you once more, Maura Velide. Do you want me to continue? There is no shame in turning back. There are other things we can teach you that does not involve poisoning your mind.

“We were both lucky you know, Maura. You didn’t hear it, but it takes great strength for a man to return from the Mora in one piece. Not many do. It was worse in the early days of man, I read. Before they discovered the Her concoction to induce the effects more safely, you had to resort to more dangerous methods of inducing the toxic state on your soul. They used anything from snake venom to nightshade. The death toll for man was even higher. It almost made me wish I was born Valian, during the darkest days. They were never born with that handicap, they could access the Mora’s veins without resorting to all of this poison.”

Map of Harloph, which is inside The Thousand Scars.

What are the people who inhabit your world like? Are they based on real-world cultures? What systems of government are in place?

I based the human cultures in Counterbalance using a lot of ancient and medieval history. For example, Imperial Bawsor (The Balian Empire) I created using a combination of Roman military hardware and medieval feudalism. Its rival nemesis the Selpvian Dominion I took aspects from Macedon, Carthage, Parthia and ancient Achaemenid Persia as inspiration for its massive but ungainly territory, mixed with fantasy and magical elements. There are some incredible ancient weapons and tactics I incorporated into the Counterbalance series, and like ancient history I pit different styles together. The disciplined infantry might of the Balian Legion battles the vast mobility and diversity of the Selpvian Army.

The Pharos Order is a sect I took elements from the Pope, as well as the Papal States. I took a lot of influences from real-world history into developing the land of Harloph, which is where the bulk of Counterbalance takes place. The Order I will be the first to admit get a lot of hate from other factions in the world because of their history and ideals, and are not the first ones to get poorly treated.

Bawsor is built around an Imperial government, ruled by the Emperor who is joined by an elite council of high-born nobles. Each province of the Empire is ruled by a family, who in turn command lesser families under their banner. Each major family has members inside the elite council, who all have a say in ruling the Empire, but the majority of power still comes from the Emperor or Empress itself. The capital city of Bawsor contains the wealth and power of the Empire as well as training its elite army of legionaries, supported by the House armies of locally raised levies and “lesser” soldiers.

Are there any magical creatures?

There are a few, although I use Earth-like creatures quite often, or at the very least, utilize pre-historic history to build on. I have the giant boars that exist in the Kahal, and I invented a new race that developed a powerful relationship with them called “Gaols.”

Named after the mighty Palveran boars of Harloph, Gaol became known as “Boarmen”, because they depended upon the massive boars for everything. Gaol was the Valian name for “Boarspawn.”, coined after decades of violent warfare against them.

Covered in light blue hair, the Gaols were my take on “what could Smurfs do if they were actually effective?” That, and I wondered how Smurfs would be if they were six to eight feet tall. Then it just snowballed from there.

Powerful with an aspect on small clusters of family life, they lived in freezing conditions, but they struggled to adapt to change. While Gaols still live on in current Harloph in tiny numbers, many events such as the Great Cooling, the Moment and the devastating War of Chaos drove them to near extinction.

Valians are seen to me as the “perfect being”, created by the gods themselves to serve in their image. I will admit I used elves as inspiration! After the death of the First Gods, Valians had to figure out life on their own, and their control over mankind broke immediately after their gods death (Who taught them that mankind were created as inferior slaves for Valian blood. This is the theory of several human empires.) A large company of Valian’s found Harloph during a decade of exploration to discover the unknown world, and conquered much of it before their eventual downfall. Despite their extinction, their influence on current day Harloph is still considerable.

What are the two most interesting facts or features of your world?

One would be the Keidan Spire itself, which is set inside the Kahal region in Harloph. Said to be the final remains of the last Valian race in Harloph, they maintain a peaceful, meditative nature, and remain isolated from the rest of the world. The main citadel itself is only the surface of a vast underground kingdom, created from a living stone called Nekocthr, as Valians grew their cities rather than build them out of stone and wood. 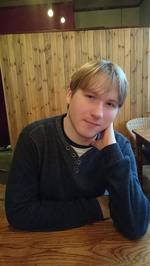 Existing for thousands of years in isolation, the Keidan focuses mainly on its own self-study and harvesting of knowledge, and “trips” into the Mora are practiced and heavily sanctioned. They do take in acolytes for training and expertise from around its lands, many of whom are “converted” to the Empty Goddess. They are certainly the most “exotic” faction in Counterbalance and present a vital part of the series. They are also my favourite faction in the series, and you will see a lot of them in the tales to come!

Another fact of the world I would like to share is that I have always envisioned Rengar to be seen almost as an alternative – Pre-Earth. I have not finalized all the details yet (Gardening the world takes a long time), but I have always imagined long after all of the races of Rengar have died out, life would start again and mankind will evolve once more, but without magic.

What is one last thing you would like readers to know all about your world?

The main one is that it’s still in development. I’ve probably got about 80,000 words worth of lore alone, and I’m probably 5% done if that. It will be a lifelong process, but hopefully, I can share it with the world!

Here is the link to my book on Amazon:

Connect with me here:

I hope you enjoy the read in full. I’ll be back in a few days with another article. A book review? An interview? Who knows? Stay tuned for more!

One thought on “A Tale of Rengar: My fantasy World in Short”

This needs an overhaul, so here it is! The name is Michael Baker, I'm currently 30 years old, and completely devoted to writing fantasy! I'm also a freelance writer in the gaming industry. Why hello people! Good to have you here. Welcome to my mad, dark world. *clears throat.* Not too much to say about me. The name's Michael Baker but I'll be publishing through Michael R. Baker. I'm a guy from the North-East of England; blogger, gamer and fantasy writer. Writing has been my life for most of it, with most of my genre in the fantasy and horror department, though I'd love to dabble in Sci-Fi too. This blog is a personal journey for me, as well to discuss things that are important to me. That includes supporting awesome works from you amazing people, novels, video games, and my own path through life.
Loading Comments...
Comment
×
%d bloggers like this: