It’s been another one of those months, I’m afraid. But for once, it’s been because of other productions! I have been hard at work since the beginning of April, working on getting my books finished. In the last seven weeks, I have been working on a new standalone in my fantasy world IP, as well as making solid progress on the second of my Counterbalance series. In fact, here is a map of the former. I’m currently working on other maps for my Counterbalance series, but here is one for my new book in production:

But that is not the point of today’s article. I have been playing a lot of games lately, partially thanks to a mentoring program I’ve been doing the past 6 weeks. It’s been a very good time for me lately. So I figured today I would talk a little about the games I’ve been trying out, and some basic thoughts. This is not a review of any, more my ongoing thoughts. I will review some of these in due time!

I’ve already posted a review lusting after this thing: Divinity Original Sin 2 – A Masterpiece?, and I’m happy to say I finally completed my first play-through. 117 hours of rough fights, respeccing my team and a lot of bullshit, I finally finished the game.

And I really enjoyed it. But my word, that final fight is hard! I had to redo it nearly a dozen times, with complete rebuild of my party once or twice. For those who haven’t played, the end game boss is a bit of a prick, summoning a giant fuck off Kraken who just iced my team every time with extremely powerful attacks that hit my entire party.

Originally, my team consisted of: A rogue-build with Tank and Dagger manipulation, a full on Summoner, a Fire and Storm Mage and an archer. This quickly proved futile as I wasn’t doing enough damage to kill off Braccus Rex. So I changed my team up.

The first two just weren’t cutting it, so I swapped their configurations into a full-on offense. Two-handed attacker, and Blood Mage.

The final battle turned out to be a brutal bloodbath. I decided to side with Lucian (going against my team’s wishes, but fuck it!) and the fight swung back and forth. Braccus Rex was destroying my new dickish allies, and my team was barely hanging on. I had to keep reviving my struggling team. Then, Braccus Rex finished off Lucian and teleported to my party. He left himself open!

With what I had left in my arsenal and cool-downs, I attacked him with everything I had. If he died, his summons and Kraken died with him. But I had one shot. My team was low-health, and strung out. His Black Ring army would destroy me if i failed.

It came down to my custom character, Braccus Rex on a sliver of health. I clicked Overpower and finally finished the job. And I breathed a sigh of relief. Over an hour, that last fight. I finally did it.

Guess what I did? Started a new game! This time, with all the Origin Characters I didn’t have last time, a higher difficulty, and a ton of new spell mods. With the Definitive Edition announced for late July, I have some more time to play around with this excellent game. 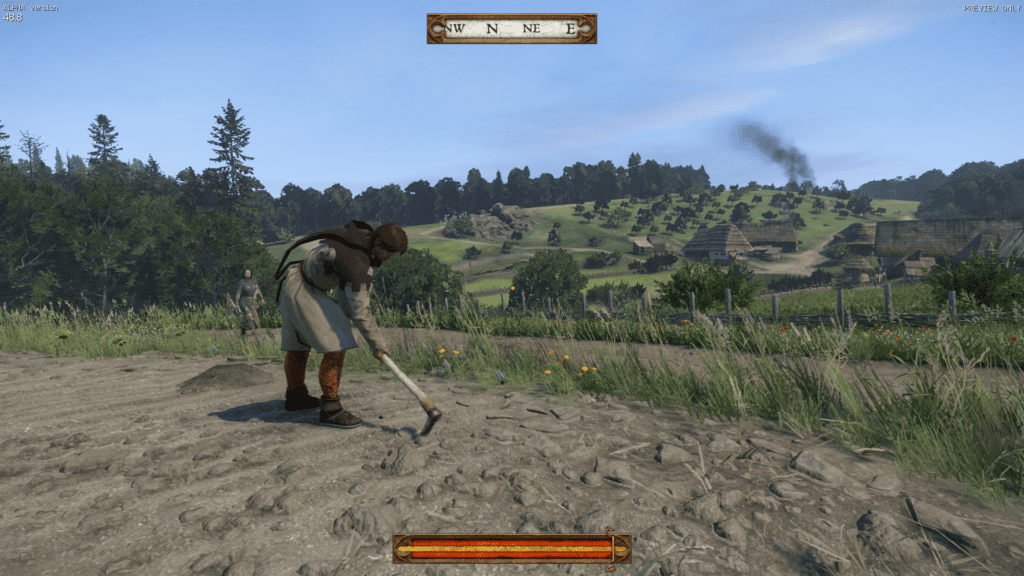 I can’t wait to give this game a full review, but I haven’t played the main quest enough yet. That sounds odd after 42 hours into the game, but I want no stone unturned until I’m ready. I don’t like reviewing based on hearsay. I review on MY experience.

And what an experience it is so far. I was lucky in I only started playing last month, so I’ve avoided most of the botched bugs and crashes that others have suffered. I’ve had some texture popin, a few visual bugs like NPCs merging like some weird Chimera experiment, but nothing gamebreaking. Which is good.

And believe me, the game has had some problems at launch. It still does. It’s had quite the flak from people for its semi-broken launch and some more serious bugs, such as halberd stuttering that still hasn’t been fixed. But I haven’t played such an immersive, enjoyable 1st person game in a long time. The world-building is good but not overly saturated, it’s well researched, the systems in the game are excellent, and I adore Henry as a player character. He’s a burly, blacksmith’s son who likes drinking and fighting, and he’s just a blast to play as.

I love most of the systems, like the pickpocketing, rich combat system and the alchemy, but I do feel there’s…something missing. I want more, but although there are a lot of random events said, I’ve come across so few that the world, beautiful as it may be, can seem a bit barren at times. I love travelling in the world regardless, and although the game feels like it still suffers from Open World RPG syndrome, at this point in the game this isn’t a problem. It’s not a chore, and I enjoy that.

I just hope that Warhorse Studios continues to deliver on what is already a good game, as it does seem to be missing a lot of the content that was promised in the Kickstarter. That doesn’t stop me from liking the game, because I do. I know the difficulty of launching a first experience and getting judged for it, and this studio has suffered from political bullshit. Just…focus on the game and continue to improve it, rather then allowing these morons to get to you? This is a wonderful game so far and I hope it continues to be so.

No image to go with this one, but I bought it as a treat. (It was less then a tenner from Gamesplanet). I’m liking it so far. Full of things to do, the world looks well crafted, the story and characters are good, and the Gloo Cannon is great fun to use. I’m only a couple of hours in so far, so little to say.

A Hat in Time

*Bounces happily in my seat.* I finally got a Bluetooth controller so I can play shit like this easier. Mouse and Keyboard just doesn’t go far enough for some games. And boy, am I happy I took the plunge!

What a wonderful game. This nearly, nearly took the number one spot for my top game last year, and would have done if not for some other Divine game.

It doesn’t look like much, at least at first to me. I don’t really play platformers, but this did speak out to me. I bought the game and tried it out. I was pleasantly surprised how fresh, adorable and playable the game is. You go around picking up hats!

A Hat in Time is more than a lovingly crafted homage to the world of platformers; it’s a delightful adventure in its own right, that brings creative innovation to the genre in an abundance of wonderful ways. . I had to go with this just because of how happy the game made me. It really was a fun event, all the way through. Good platform controls, a beautifully crafted world, plenty of secrets and stunning visuals stole the show for me. It has its faults of course. I found it a bit short for my liking and some of the level design was lacking a bit, but all in all, an excellent game. The control is wonderful, there’s a lot to do and there is even custom levels now! I’m looking forward to exploring this further.

There is some development in what I’m playing next. Pillars of Eternity 2 looks like a blast, so that’s waiting patiently on my system. BATTLETECH is also high on my priority list, and I cannot wait to try out Jurassic World: Evolution. We need more Dinosaur theme-park builders! I have been dabbling with the excellent sci-fi sim Rimworld, playing around more with ELEX and waiting until I’m ready to try out Arma 3, a game I have wanted for ages.

My next game review is likely to be Kingdom Come Deliverance, but I will have #19 in my Top 20 games of all time coming up soon. You could say it is Impossible…