It has been a while since my last article. May was an incredible upturn for my blog, with over double the views of the previous best. I found that I get a lot more views for my gaming articles then everything else. Guess what I’ll be doing more of? You’ve guessed it. I will still be conducting author interviews and book reviews.

(Edit: I apologise for the font. Some of it keeps switching and with a head cold, I’m struggling to figure out how to change everything to one. It’s going to look a little wonky!)

Speaking of that, I’ve been so slow with it lately. I have half a dozen books I said I’d review and read for you guys, and this year nothings working 😦 I will get round to them. It’s just a struggle at the moment.

So, remember my Top 20 games of all time? I’m back with that. Number 20 was the lovingly broken, over-hyped but still beautiful Black and White, a game that was far superior to its (still fun) sequel. Check out that review down below by clicking on the image:

Number 19 on my list is an interesting case. With the addition of some amazing games in 2018, I’ve done a lot of tinkering with my list and the rankings. Once again, let’s remind ourselves of our rules:

First of all, I am only allowing myself 1 game per franchise, which I think has to be done. Or many games of the same franchise will just take up spots, most likely. Secondly, I am limiting this to the PC. I’ve grown up on the PC from the very beginning. But hey, my list, my rules. I will probably do a Top 10 console list at some point, especially now I have a Nintendo Switch. I still stick to my Xbox 360… 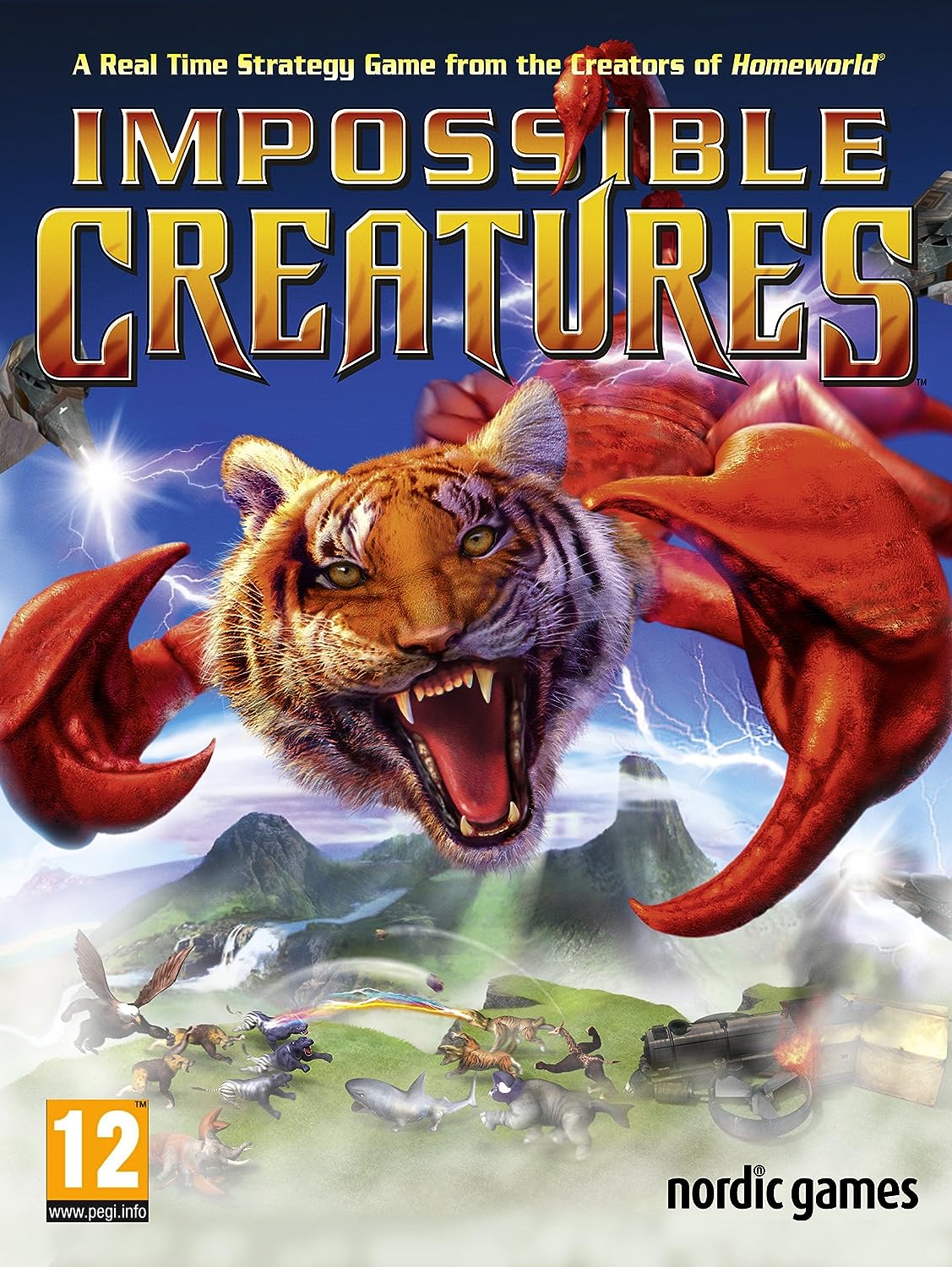 Hell yeah! I had a sad story about this. I lost my physical disc years back, which made me sad. It’s also pretty damn expensive in the third party market. Well, in 2015, this game launched on Steam, with pretty impressive compatibility! I’ve had few problems with Windows 10 running this, and it is a lot of fun. I’m installing this game again as we speak. . . anyway, on with the review.

I’ve always been fond of strategy games. Risk, Age of Empires, Empire Earth, the Total War games (the early ones, anyway) are all pretty cool. And yet, the amount of customisation you get in this game is pretty impressive. Releasing in 2003, I remember looking at it in GAME. I picked it up. Thousands of combinations with combat animals? Relatively impressive graphics? sign me up! Even in 2018, the game still looks kinda neat.

This is one of the games where I’ve had more fun in the Army Creator then I did in the physical game-play. The concept behind creature creation (completely custom unit sets) has never been implemented as well as this game. It has a level that very few games can hope to match, even in modern times. Even the base game has up to 2000 different combinations you can do, more with the add-ons and modded content. Yup, this game has mods as well! Basically, what you do is you combine 2 animals together, and play around with parts. Some come with abilities, while others make up its stats. For example, the cheetah is a fast land animal, but it is fairly squishy. Combining it with an electric eel gives an extremely fast animal on land and water, with a ranged electrical attack (Electric Eel head and tail). It’s relatively easy to kill, but its extremely versatile. And so on. There are very few limits into bringing your own private mercenary animal army.

There are five ages, with different creatures locked to different levels, so you can’t combine an ant with an elephant and expect to get the elephant in Level 1 Research. You can also make flying and water units, adding even more options. There’s really quite a lot of stuff to get into.

So, let’s get into the combat. I would describe the gameplay to be fairly simplistic and fast paced, which is a nice thing. Unlike some strategy games, base building has less emphasis, although you’ll need to make resources and henchmen to build stuff, with some key structures with specific (easy to grasp) utility and a couple spammy defensive buildings.

The resource system is also easy to get a handle on, your henchmen gather coal and certain structures you build generate electricity over time. The challenge in this game comes in army design and implementation. Will you make a cheap army to overun your opponent? Will you turtle until you can pump out your max level monstrocities? Will your army be a nuanced and balanced assortment, a swiss army troop? You have a good amount of balance that really pays off for gameplay, as the campaign/skirmish maps aren’t…amazing.

It’s alright, but you dont get too much variety on that. It’s also quite tough. At one point in the campaign I had to grab technology to make air units and anti-air structures…while getting destroyed by air units. It’s a rough ride, but I plan to replay the campaign again at some point.

So, let’s talk about flaws. They are few, but it’s mainly the UI, and the constant notifications that pop up. You leave a henchman idle for 10 seconds? You get the bloody pop-up, and this happens EVERY time. And the voice acting isn’t exactly stellar, with some voice clips repeating too often. “THE CRITTERS ARE UNDER ATTACK!” every 10 seconds? It grates, and gets on my nerves, fast. The combat fights feel a bit. . .off. Something’s missing, I’m not sure what, but it is an old game. I can forgive it for that.

In conclusion, while this game has it’s issues, it’s still a refreshing experience, and no other game allows you to combine a gorilla with a Great White. That alone is worth checking out! Honestly, it’s a good game, and it’s worth checking out.

This needs an overhaul, so here it is! The name is Michael Baker, I'm currently 30 years old, and completely devoted to writing fantasy! I'm also a freelance writer in the gaming industry. Why hello people! Good to have you here. Welcome to my mad, dark world. *clears throat.* Not too much to say about me. The name's Michael Baker but I'll be publishing through Michael R. Baker. I'm a guy from the North-East of England; blogger, gamer and fantasy writer. Writing has been my life for most of it, with most of my genre in the fantasy and horror department, though I'd love to dabble in Sci-Fi too. This blog is a personal journey for me, as well to discuss things that are important to me. That includes supporting awesome works from you amazing people, novels, video games, and my own path through life.
%d bloggers like this: