Welcome back to another segment of my SPFBO mission! Yet another survivor managed to escape the Scar Pit this week. I really need to check the locks on their cages. Silly me!

Let’s get the first bit out of the way. Yes, Booknest Awards!

I will give another reminder that it’s only a few days until Booknest Award stage closes, so come along and vote for your top picks!

The Thousand Scars is longlisted as Best Debut. The categories are chock full of amazing authors and great books, so visit the website by clicking on the fancy image below. Voting ends on the 14th October. Come along and pick your top authors ❤ 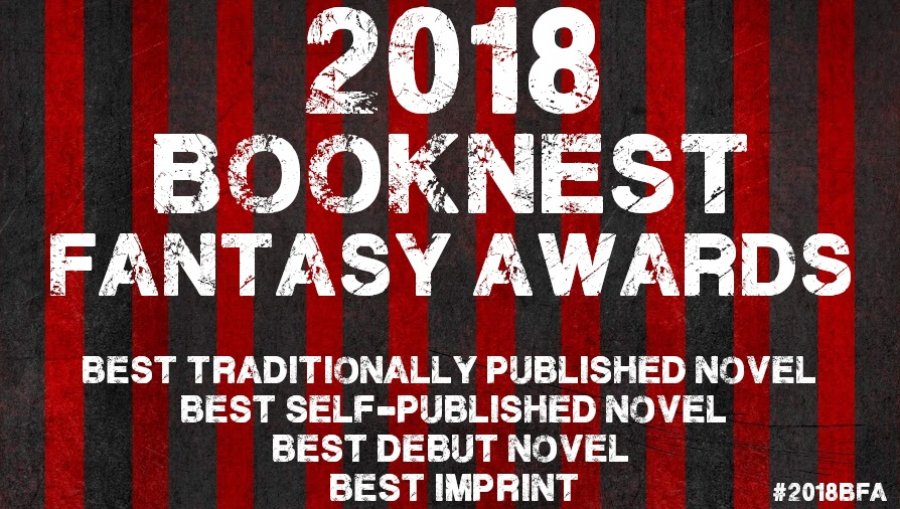 So today’s latest survivor of my Interrogations of Doom is William Ray, here with his SPFBO entry The Great Restoration. Below is a rather spiffy link to his cool book cover. I love a happy fire-breathing dragon.

My name is William Ray, professionally I’m a former lots-of-things, including licensed attorney. I’m a big fan of tabletop RPGs, comics, Transformers, Star Wars, and even a long-standing member of the 501st Legion, and I write a series of stories called Tales of the Verin Empire.

My stories are fantasy, but the sub-genres are a little muddled.  It’s a fantasy setting, somewhat like the 19th century British empire.  They’ve been called ‘flintlock’, and ‘black powder’ and even ‘steampunk’, although I don’t feel like there’s much punk.  The world is a bit dark, but not bleak.

Sometimes I like to call them ‘post-high-fantasy’ stories, but the idea is simple enough: a fantasy world in the usual Tolkien style, but after the greats have begun to wander away.  As a kid, I used to wonder what would happen years after, once some poor unfortunate had dug up another Balrog without a wizard there to fight it off. My setting had a very different transition of power from the magical world to the ‘modern’ one, but the fantasy staples I use will be somewhat familiar to regular fantasy readers.  A lot of themes have more in common with science-fiction than traditional fantasy, as my stories tend to center around battles between a ‘modern’ world and ancient evils.  I chose a 19th century parallel because that was such a fascinating period of rapid change for us, and the era that gave rise to many of the classic forms of literature we still use today.

My first book, Gedlund, was named to Kirkus Reviews’ Best Books of 2016, as well as receiving a Kirkus star and Indie of the Month recognition.  It’s the story of a colonial power that goes to war with a kingdom ruled by the undead.

For the SPFBO, I have submitted my second book, The Great Restoration.  It’s a combination of fantasy, Victorian detective serial, and later noir detective stories.

One of my goals as a writer was to move away from the unsatisfying fractional stories of extended epics, so each thing I write will hopefully stand on its own, thus even though this is the second book, my hope is readers finding it through the SPFBO will be intrigued enough by the concepts to seek out Gedlund as a prequel of sorts.

The first spark for my first story actually came from an old D&D game.  I wanted to play a paladin that wasn’t a legalistic jerk. I gave him an absurdly detailed background, and then only played him for a single session.  He was intriguing though, so I pulled him and chunks of his ridiculous backstory out of the game and built another story for him to be in. The things I’ve written since have all been ideas that spun out from that clash of concepts.

My stories tend to flow from broad symbolic ideas.  Gedlund arose from the property law concept of a ‘dead hand’.  I wanted to show conflict between stagnant immortality and the irrepressible will of humanity.  The Great Restoration came to me while pondering related themes centered more around manipulation than force.

Gedlund is a Victorian war story, The Great Restoration is a detective story, and so the next will be more of a frontier story.  I’m also planning to occasionally put out short stories in the same setting, the first is a Case of Eager Heirs, which follows the same detective who stars in The Great Restoration.  I occasionally share links to a free download of that for those who interact with me on social media or subscribe to my mailing list.

In The Great Restoration the main character is Gus.  He’s a sergeant in Gedlund and slips free of his military service after being injured.  Fighting the undead has left him a bit… I was going to say ‘haunted’, but that seems in poor taste.  He had a rough time in my first book, and that took its toll both physically and psychologically, but he’s a stubborn soul.  He’s a bit sarcastic, a bit cynical, and while he puts up a dedicated front of pure self-interest, he’s very loyal and not entirely a bad guy even though he’s often a bit of a jerk.

Study it first.  Merely reading and enjoying fiction is not quite the same as crafting it, and to get your best work you need to build your stories with purposeful precision.  We all like different things in our fantasy books, but you need a very strong intellectual grasp of what it is you like in order to synthesize it for yourself.  I don’t think that requires classes, but it does take a different mindset than I usually employ when reading merely for pleasure. Most importantly of all, hire a good developmental editor – it’s a painful process, but it makes all the difference in the world.

My world, apart from the magical intrusions, shares a lot with 19th century colonial powers, and there is plenty to read on those.  I actually had a scene in my original draft of Gedlund that was a nearly word-for-word re-creation of a soldier’s description of an actual battle’s aftermath… but had to remove it because my editor felt some of the details seemed entirely too far-fetched!

The Great Restoration borrows a lot from Alan Pinkerton’s descriptions of crime in 19th century America, as well as other true detective stories of the era and a smattering of 19th century fictional accounts.

I’ve always been prone to exploring strange fantasy worlds, and there is a peculiar delight in sharing them with others.  In many ways, I suspect I was simply lonely, and wanted more people to talk to about some of the places I’ve seen.

Maintaining the will to soldier on!  My first book gushed out in a torrent, and I was incredibly pleased with the results, but then terrified at the prospect that perhaps that was it; that one book was my limit.  The second story was smaller in scope, and fantasy is so often mired in the apocalyptic that I felt that no one would care once I finished. Now as I hammer away at the third book, I keep humming that TMBG classic, “There’s only Two Songs In Me”.

The climax!  Some authors bounce around in whatever order they please, but I always write from front to back.  Mystery stories require a lot more structural precision than military adventures, so after my editor returned my draft it was a long slog to get to the end again.  When I reached the conclusion of The Great Restoration, everything I had fixed, all the new work, it suddenly and magically crystallized.

Penning those last few pages of the climax was emotionally exhausting and as I recovered from it, I checked my email to discover a new release from a band I love, and the song they had sent out that day was so perfectly fitting to the end of my story that I must have listened to it a dozen times in a row.  That song, by the way, is “Under Your Spell” by the Birthday Massacre.

A million things!  Some of them about stories, some of them just about 19th century commerce.  Most importantly I learned not to give up on my work.  I despaired because the first draft had terrible problems that Gedlund had never suffered from, but I think the end-result is a book that’s even better.

What do they want, what do they fear, and what do they think is funny.  I find if I understand those three things, I generally have a good handle on a character.

I’m working on a third novel, which involves another character from Gedlund in her career as the first female sheriff of a frontier boomtown struggling with outlaws, goblins, and colonial conflicts.

I’ve had a lot of other jobs, and while this one doesn’t pay well, it’s pretty ideal.  My dream career was once to be of-counsel on intellectual property licensing for a toy company… but, thanks to a friend of mine with a small toy company, I actually got to briefly live that one out.  I’m very lucky as such things go, having failed or flubbed a number of careers without careening into total ruin. My wife is a big fan of my books and volunteered to pay all our bills so that she can read more of them – if I can sell enough to pay for edits and artwork for the next book, then I’m already living my dream.

What is your preferred method to have readers get in touch with or follow you (i.e., website, personal blog, Facebook page, here on Goodreads, etc.) and link(s)?

The fastest is probably Twitter, as I stay pretty active there, but you can find me on Twitter, Reddit and Facebook as VerinEmpire.  I love talking fellow fantasy readers, so there’s no need to be shy!

On Goodreads, you can find me at https://www.goodreads.com/author/show/15504802.William_Ray